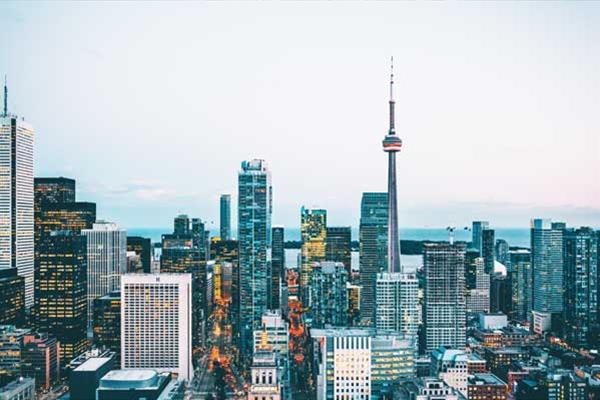 Toronto’s housing market posted its second-best October on record, with prices continuing to soar as a flood of buyers chased a dwindling number of homes for sale.

A total of 9,783 homes changed hands, shy of last year’s 10,503 deals, which was an all-time high for October, according to data released Wednesday by the Toronto Regional Real Estate Board. The number of units newly listed for sale plunged by more than a third, creating a supply squeeze that sent the average price up 19.3% to C$1.16 million (about $930,000).

Houses spent an average of just 13 days on the market in October, down from 17 days a year earlier.

The imbalance adds urgency to the federal government’s efforts to address an affordability crisis that was sent into overdrive by the low interest rates and frenzy for bigger living spaces brought on by the Covid-19 pandemic.

Prime Minister Justin Trudeau promised during a summer election campaign to ease the supply shortage by encouraging development of new units. But with most housing policy set by provincial and local governments, it will take some time before those efforts ease pressure on the market.

“All three levels of government need to focus on supply,” Kevin Crigger, president of the Toronto real estate board, said in a statement accompanying the report. “The federal government has stated that collaboration with provinces and municipalities is required.”

After reaching all-time highs in March, home sales in Toronto and nationwide cooled over the spring and summer. But with normal life resuming and economic growth starting to return amid Canada’s high vaccination rate, the market has come roaring back. In Toronto, the 9.9% increase in deals from September was the biggest monthly gain in eight months, the report showed.

Prices were up 1.5% from September on a seasonally-adjusted basis.

While much of last year’s activity was centered on ground-based homes as buyers put a premium on space, condominiums were a hot seller this October -- the only dwelling type that saw sales rise during the month from a year earlier, the data show. The city’s depleted listings and already-elevated prices left buyers with few other options.