The Toronto housing fix: Be careful what you wish for 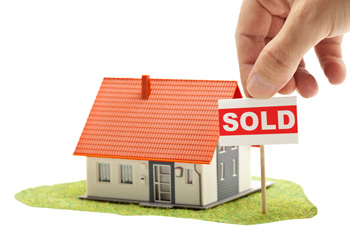 With Toronto housing getting harder and harder to afford, governments are under pressure to “do something” – always a dangerous moment. Several ideas are being kicked around, most of them ranging from the dubious to the awful.

A tax on foreign buyers has clear political appeal. Housing prices soaring out of control? Blame the Chinese! Never mind that we have little evidence that a flood of foreign money is what is driving prices up. Why not just try it? What harm could it do?

Quite a bit, in fact. The proposal has a whiff of Trumpian nativism – Toronto for the Torontonians – that is unbecoming for a city of immigrants. Toronto’s prosperity depends on its reputation as an open, welcoming place. We want foreign investment – the more the better. It’s a sign of success that overseas money is flowing into real estate here, as it does in London, New York and great cities around the world.

Slapping more controls on rent is tempting, too. Places built after 1991 face no caps on the annual rent increases landlords can charge. Tenant advocates complain that rents have been soaring. Why not just extend rent controls to these newer buildings, as an NDP legislator is proposing in a private member’s bill?

The trouble is that capping what landlords can charge discourages developers from building rental housing in the first place. If they can’t make a buck on rental, they will build more condos instead. Rental housing is in the midst of a modest comeback. The Mirvish Village project on the site of the old Honest Ed’s store is all rental. Several other big rental developments are in the works. Extending rent controls could bring down the curtain on the show just as it gets started.

Slapping a tax on vacant properties is plausible, if it can be shown that speculators really are keeping property off the market and holding down supply. It’s not clear that’s the case. Mayor John Tory was wisely cautious when he floated the idea. He wants to gather more data before deciding if it makes sense.

How about loosening controls on urban sprawl, then? Some developers blame soaring housing prices on provincial rules that protect farmland and discourage sprawl. Easing those rules, they say, would increase the supply of land and lower the cost of building houses. But at least onestudy, by the Neptis Foundation, found that there is still lots of land left for subdivisions within the limits drawn by the Ontario government.

Even if the study is wrong, developers are right and lifting anti-sprawl measures would in fact lead to cheaper houses, do we really want a Toronto that spreads like an ink blot in every direction in the style of Atlanta or Las Vegas? After decades of untrammelled sprawl, the city is already so vast that it is choking on its growth. The provincial limits are a sensible attempt to make suburbs a little more compact and ultimately much more livable.

One final terrible idea deserves mention. Toronto has been lobbying the provincial government to defang the Ontario Municipal Board, the appeal body that rules on development disputes. The OMB has become the whipping boy for neighbourhood groups annoyed by all the condos sprouting in Toronto. The provincial government is promising to curb the board’s powers and put more control in the hands of city councillors.

That sounds grand to the councillors and the neighbourhood groups. What it means in practice is that more developers would have their projects overruled or scaled back. Fewer new housing units would get built. Not-in-my-backyard groups would have what amounts to a veto. That’s the last thing Toronto needs in the midst of a housing affordability crisis.

The cure for overpriced housing isn’t to build to the horizons on every cornfield from here to Guelph. It is to make better use of the land we have. Those thickets of condo towers that enliven the Toronto skyline are deceiving. Most of central Toronto is made up of low-rise neighbourhoods and single-family homes, the suburbs of the historic city.

Just look at the Bloor-Danforth corridor in the city’s middle. Though a subway has run underneath it since the 1960s, there is hardly any concentrated development, even around the subway stations. That is a crashing urban failure. City hall’s efforts to promote mid-rise development along Toronto’s main streets has been disappointing, too. Even projects of four and five storeys often run up against neighbours with pitchforks.

If we really want to make housing more affordable, the answer isn’t punishing foreign buyers, capping rents or letting sprawl rip – it is building a denser city with more places to live.