The pandemic housing craze is fuelling another boom: reverse mortgages 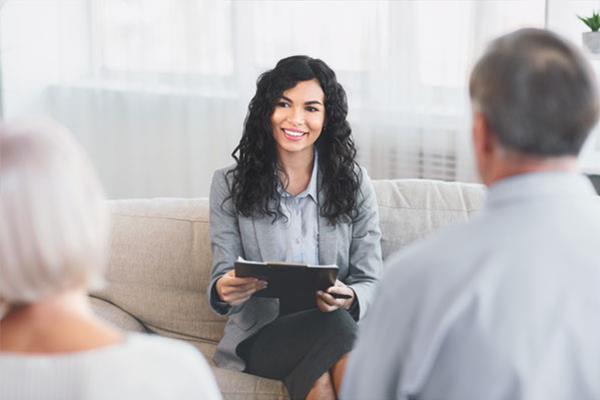 With interest rates at rock bottom and home prices skyrocketing, reverse mortgages are losing their stigma.

Once considered by many a last-ditch solution for cash-strapped seniors, reverse mortgages have been growing in popularity for years. But the housing boom that’s taken hold in much of Canada during the COVID-19 pandemic is giving reverse-mortgage lenders yet another boost.

HomeEquity Bank (HEB), by far the largest and oldest of the two reverse mortgage providers in Canada, saw 14 per cent growth in loan originations during the last quarter of 2020, according to Yvonne Ziomecki, who heads marketing and consumer sales operations at the bank.

And Equitable Bank, which joined the fray in 2018, saw its reverse mortgage balance double between November 2019 and November 2020, according to data from the Office of the Superintendent of Financial Institutions.

Both banks had told Global News in June they expected to see more demand from seniors concerned about COVID-19 outbreaks in long-term care (LTC) homes and looking for financial options that would let them age in their own homes. But with interest linked to concern around LTC facilities has grown, the main drivers seem to be, quite simply, low borrowing costs and rapid home-price appreciation.

Reverse mortgages allow homeowners aged 55 and over to juice cash out of their real estate equity without leaving their house or making payments until they move out or pass away. Both interest and principal come out of the home equity, and the bank makes its money back when the house is sold. Borrowers can opt to receive a lump-sum loan or a certain amount of cash at regular intervals.

Soaring home prices mean many older homeowners now have more room to borrow with a reverse mortgage. And low interest rates make it cheaper to do so.

Many borrowers take out a reverse mortgage loan to pay off other debts, a strategy that allows them to eliminate debt repayments and free up some cash flow. Seniors have also traditionally used these loans to provide a regular, tax-free income supplement.

But in recent months, Ziomecki says she’s noticed an increase in the number of applicants who want to borrow against their home to help their children or grandchildren get into the real estate market.

The trend “does not surprise me in the least,” says Alexandra Macqueen, a certified financial planner and co-author of the book Pensionize Your Nest Egg.

While ballooning home prices potentially unlock additional home equity for homeowners, they can lock young people out of the housing market, according to Macqueen.

“What stops people, mostly, is the lack of the down payment,” she says.

In Toronto, for example, a dual-earner couple with a combined annual income of $200,000 may well be able to comfortably afford mortgage payments on an average-priced home. The real hurdle is saving to put enough money down, Macqueen adds.

But the housing craze has also swept smaller cities in central Canada and British Columbia, as well as many areas of the Maritimes, as city dwellers looking for bigger homes moved to the suburbs and more affordable provinces.

Reverse mortgages allow house-rich parents and grandparents to transfer some of that wealth to younger generations when the children or grandchildren actually need to buy a house, Macqueen says.

“Grandma and grandpa are presumably going to leave an estate in the form of the house. Well, why not give out some of that estate and have it do some good today?” Macqueen says.

“I’m not saying that I agree with that or disagree with it, I’m saying I completely understand why people do it.”

Managing the risk of reverse mortgages

While the possibility of higher borrowing costs are a concern for anyone taking out a mortgage, reverse mortgages are significantly pricier to begin with. For example, a five-year fixed-rate CHIP Reverse Mortgage at HEB currently comes with a discounted rate of 4.59 per cent for most clients, according to Ziomecki. By comparison, these days a well-qualified borrower may be able to access a five-year fixed-rate for less than 1.5 per cent.

In historical terms, though, a five-year mortgage rate of around five per cent isn’t outrageously high, Macqueen says. And while borrowing costs could climb in the future, there’s a strong incentive for anyone considering a reverse mortgage to jump in now, while rates are low, she adds.

Falling home prices mean there would be less cash, if any, leftover for the homeowners or their heirs once the home is sold and the reverse mortgage repaid. But borrowers don’t have to worry about the value of their home falling below the amount owed on the loan, as both HEB and Equitable Bank guarantee they will eat the loss if that happens.

“To reduce the risk, obviously, you want to take out as little as possible, as late (in life) as possible,” Macqueen says.