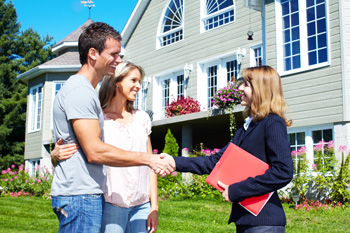 The Royal Bank of Canada scrapped an internal limit on mortgage loan size for immigrants in the spring to tap into surging demand for financing on multi-million dollar houses by newcomers to Vancouver.

Wealthy buyers, mostly from China, are fueling a booming mortgage business in Vancouver, where the median price for a detached home on the desirable west side jumped 31 percent to

RBC, Canada's largest bank, removed its C$1.25 million cap on loans to borrowers with no local credit history in May, said Christine Shisler, the bank's Director of Multicultural Markets, who works with an immigrant clientele.

"We're seeing a lot of affluent newcomers looking to buy high-purchase price homes," she said. "Now we can actually service any mortgage amount." A case study released on Monday, which looked at six months worth of detached home sales in prime neighborhoods near the University of British Columbia (UBC) main campus, found that two-thirds of buyers had names typical of people from mainland China and 88 percent of those people also had a mortgage.

The mortgages, on homes ranging in value from C$1.25 million to more than C$9 million, were mainly backed by three banks - HSBC Canada, Canadian Imperial Bank of Commerce (CIBC) and Bank of Montreal (BMO). RBC held just 8 percent of the loans.

The banks have not broken out the size or profitability of this business segment. Andy Yan, an urban planner and adjunct professor at UBC who studied land titles linked to 172 sales transactions from Aug. 2014 to Feb. 2015, said the financing was the most surprising part of the study.

"It counters a lot of our mythologies, in terms of this idea of people showing up with very large bags of money and paying cash," he said.

While there is no official data on foreign ownership in Canada, realtors who work in Vancouver's luxury market say more than 80 percent of buyers have ties to mainland China, with demand strong despite this summer's Chinese stock market plunge and President Xi Jinping's corruption crackdown.

Yan's case study, using a name analysis method pioneered in public health and academic studies, found that 66 percent of buyers in his sample had non-Anglicized Chinese names. A separate Reuters survey of land titles linked to sales in a broader swath of Vancouver west had a near identical result.

To be sure, some of these individuals could be Canadian citizens or long-time residents, though Yan notes the majority have ambiguous job titles like "homemaker" or "businessperson," which may point to money being earned abroad. Indeed, the most common occupation for the new owners of these multi-million dollar properties was "homemaker."

That raises questions over how banks, in the rush to tap into the market, are not only ensuring their clients have the means to make hefty mortgage payments, but also whether they have enough information on the source of funds.

"I do worry that we're being friendly, polite Canadians and not asking too many questions," said David Eby, the provincial lawmaker for the Vancouver neighborhood in Yan's study. "There are a lot of people making a lot of money right now."

Both RBC and HSBC Canada said that anti-money laundering compliance is a priority, though declined to provide specific details on how exactly they ensure legitimacy of funds. CIBC and BMO did not immediately provide comment on their newcomer mortgage policies.

"We have a very low tolerance for risk," said Aurora Bonin, a spokeswoman for HSBC in Vancouver. "You would have to prove, through documentation, where your income is coming from."

Yan's study, meanwhile, found that 94 percent of homemakers had mortgages on their properties, and that there were more students buying multi-million dollar homes than doctors.

That could pose risks, as highlighted in one divorce case where the China-residing husband, after separating from his wife, defaulted on a C$1 million mortgage he took out on the purchase of a C$2.3 million home for his wife and children.

Canada's bank regulator, the Office of the Superintendent of Financial Institutions, noted that there are no limits imposed on lending to newcomers or offshore buyers, but that banks must do their due diligence as per the department's guidelines.

The major banks all have Chinese-language websites to promote their newcomer products, and both RBC and HSBC said that their teams in Vancouver are diligent in making sure new clients pass all their checks.

"Obviously we're responsible lenders, we're not going to give a mortgage out for C$5 million if we haven't assessed that that's the need and there's a capacity for that particular client," said RBC's Shisler.