Reverse mortgage: Is this the solution if you retire cash-poor? 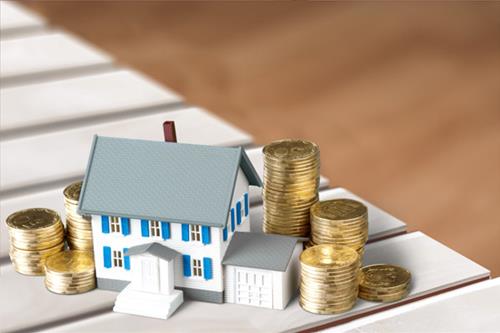 Reverse mortgages have never been this popular in Canada.

Inquiries about them have doubled between 2016 and 2017, according to HomeEquity Bank’s CHIP Reverse Mortgage, which was, for a time, the only financial institution to offer them nationwide.

And as a wave of baby boomers crosses the work-life finish line, competition to serve those who are feeling house-rich and cash-poor is heating up. Equitable Bank became a second option for retirees looking for a reverse mortgage in January when it announced its PATH Home Plan, which is available through mortgage brokers in Alberta, British Columbia and Ontario.

The basic idea of a reverse mortgage is simple. Instead of making payments to build up equity in your home, as you would with a traditional mortgage, you draw down on your home equity and receive payments. You can opt for a lump-sum loan or get a certain amount of cash at regular intervals.

It sounds like the personal finance equivalent of having your cake and eating it, too: You generate some extra income and get to stay in your home. In a country where nearly a third of those approaching retirement has no savings, that seems like a great deal.

One catch, though, is that the bank gets a rather large slice of your cake, as well. Reverse mortgages are expensive. The current interest rate on a five-year fixed-rate loan is 6.49 per cent, almost double what you’d pay with a regular mortgage these days.

The other obvious catch is that there will be less cake left for your kids, grand-kids and anyone else who might survive you.

Juicing your home equity to squeeze out some extra cash isn’t a retirement plan. It’s a last resort for someone who has no other options, said Clay Gillespie, a financial adviser and managing director at RGF Integrated Wealth Management.

Still, he adds, for someone with, say, a $2-million home who has minimal retirement income from government benefits, “a reverse mortgage makes all the sense in the world.”

Here are a few things you should know about reverse mortgages:

Reverse mortgages are only available to Canadians 55 and older who own their home.

The overall amount of the loan is capped at 55 per cent of the value of the house for HomeEquity Bank and 40 per cent for Equitable Bank. The good news here is that you can’t borrow more than your home is worth.

However, how close you’ll be able to get to the cap depends on your age, your equity stake, the appraised value of your home, where you live and current interest rates, among other factors.

In general, “you’d have to be in your late 70s, living in an urban centre and likely male,” to be able to borrow the maximum, Yvonne Ziomecki, executive vice-president, at HomeEquity Bank told Global News. That’s because home values in cities tend to be higher and men have a shorter life expectancy.

On that note, keep in mind that your spouse’s age matters as well. You both have to be at least 55 to get a reverse mortgage, and you might not be able to borrow as much if you have a younger spouse.

When you take out a reverse mortgage, the interest on your loan comes out of your home equity. For example, if you have a $400,000 home and take out $100,000 at 6.49 per cent over five years, you’d be paying over $37,000 in interest, according to HomeEquity Bank’s online calculator. That means your equity stake in the house would be $137,000 less by the end of the mortgage term.

The lender will continue to charge you interest until the loan is paid in full. In the example above, assuming you don’t want another loan but are unable to repay what you owe at the end of year five, your rate will be reset for another five-year term, according to Ziomecki. Put simply, your new rate applies to the full $137,000, not just your original principal of $100,000.

If you sell the house, your reverse mortgage will discharge like any other mortgage: The lender gets what it is owed first, you get the rest. The same applies if you die without having moved out. Assuming you have descendants and a will, your survivors will get whatever is left, if anything.

There are several pros and cons to reverse mortgages:

Staying in your home

Gillespie said that while he pulls reverse-mortgages quotes for clients every month these days, he has only ever recommended the product five times over his decades-long career. Instead, he generally advises downsizing.

And reverse mortgages are hardly something that people can rely on to boost their retirement income over a 30- to 35-year period, he added. Case in point, according to Ziomecki, the typical HomeEquity Bank client takes out a reverse mortgage around age 70 and stays with the lender for about 10 years.

Still, for the cash-poor and house-rich, a reverse mortgage is something that “can dramatically improve your lifestyle,” Gillespie said.