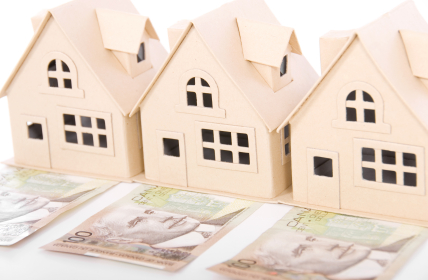 The already glaring gap between property taxes in Brampton and Mississauga compared to Toronto, is getting even wider.

The GTA’s second and third largest cities just passed their respective budgets for 2017 last week, and things continue to look grim for homeowners, with tax hikes above inflation and questions about how Mississauga and Brampton will manage the coming onslaught of infrastructure needs, many of which are already being put off.

The overall property tax increase Mississauga homeowners will see in 2017 is 2.9 per cent, but this includes the Region of Peel share and the provincial education share. The recently approved increase for just the city’s 2017 portion of the tax bill, which is blended into the overall property tax, is 5.7 per cent.

Mississauga Mayor Bonnie Crombie said it’s unfair to compare her city’s property tax rate to Toronto’s because the two are not operating on an equal footing.

“We cannot build a city on the property tax alone,” Crombie told the Star Monday. “Mississauga should not be treated unequally in relation to Toronto.”

She said Mississauga, like most other Ontario municipalities is too heavily reliant on the property tax base as a revenue tool, while under the provincial City of Toronto Act, Ontario’s largest city is the only one with the option to use special revenue tools such as: a municipal land transfer tax, a sign tax, a personal vehicle tax, an alcohol tax, a tobacco tax, an amusement tax, a parking tax and road pricing (tolls or a congestion charge).

“As Canada’s sixth largest city, we deserve the same revenue tools as Toronto and the authority and autonomy to decide how best to use them in Mississauga to build the city we want and deserve.”

Those tools would only go so far, says the chair of the city’s citizen oversight committee.

“I think it’s honestly, disgusting to have almost a 30 per cent increase in the city’s portion (of the property tax bill) over the last six years,” said John Walmark, who believes high public sector labour costs and the fallout from near-zero per cent tax increases under former mayor Hazel McCallion, are driving his property taxes up, now.

“You can’t run your home and spend not a nickel on it over 10 or 15 years, otherwise things would be falling apart,” he said.

Now, Mississauga, as it matures into a dynamic, major city, has to pay for upkeep on all the things built when growth-related revenues kept city coffers flush, Walmark said.

Crombie said the city formally asked the provincial government for more revenue tools last year. “We recognize the need for additional revenue sources to deliver quality services,” she added, “but we must be equally committed to keep property taxes affordable.”

In Brampton, the city’s share of the property tax bill will go up by 3.3 per cent next year — the overall increase is 2.3 per cent, when blending the education and Peel Region portions on the 2017 bill.

Schlange said the 2017 budget reflects Brampton’s commitment “to modernize our processes and become more businesslike in our operations. We will continue to innovate and look at continuous improvements as we work together to build a future-ready Brampton.”

Brampton Mayor Linda Jeffrey acknowledged that things are tough for many of her city’s residents. She said the recent staffing decisions were “the first steps in improving and streamlining the way we serve our residents as we strive to become a model of good municipal governance.”

The mayor said it’s imperative that, when budget decisions are made, Brampton prioritize what it really needs.

“At a time when the city is growing in leaps and bounds I believe we should be fiscally responsible in how and when we finance infrastructure projects. These are difficult times for our taxpayers,” Jeffrey said.

The local group Citizens For a Better Brampton delegated council during the budget deliberations for 2017, calling for tax reforms such as charging more to properties that have secondary rental suites. The group believes such suites, many of which are not licensed (the city has acknowledged this) put significant strain on others because renters are using services and infrastructure, but not paying for them.

Asked about the discrepancy between his property tax bill and what home owners pay in neighbouring Toronto, Bejnar questions the use of other revenue tools as a way to turn things around. “I think they would be frowned upon if they are essentially just another type of tax. But with the growing tax gap, you wonder if Brampton gets more bang for the buck than Toronto — I don’t think so.”