Housing starts across Canada trended upward last month, according to recent figures from the Canada Mortgage and Housing Corporation (CMHC).

According to CMHC data, the standalone monthly seasonally adjusted annual rates (SAAR) of housing starts for all areas in Canada was 282,428 units in January 2021, an increase of 23.1% from December 2020.

The figure includes starts from Kelowna, in British Columbia, which CMHC did not include in its December survey due to the COVID-19 pandemic.

Meanwhile, last month’s trend measure – a six-month moving average of the SAAR of housing starts – was 244,963 units, an increase from 238,747 units in December. 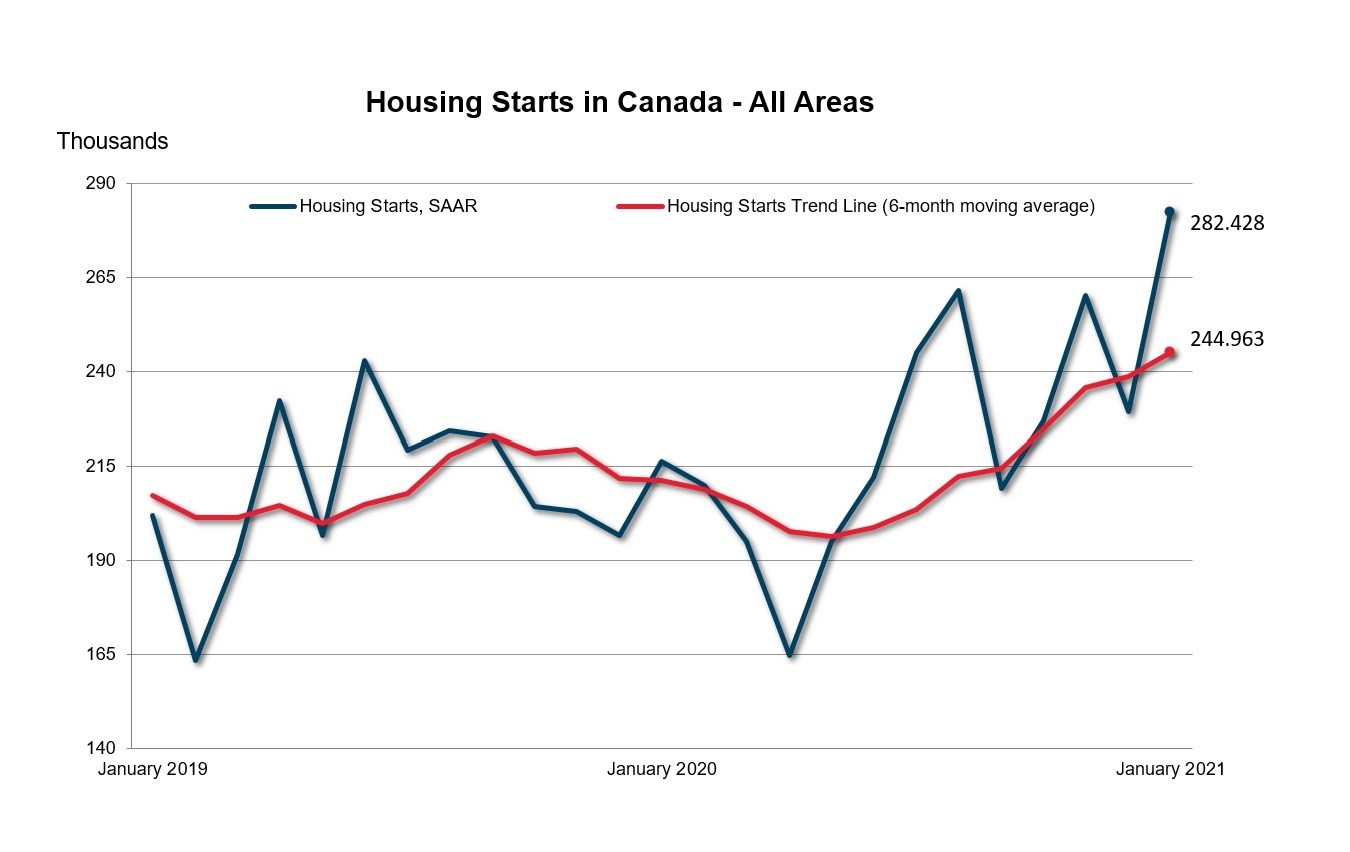 Meanwhile, rural starts were estimated at a seasonally adjusted annual rate of 15,551 units.