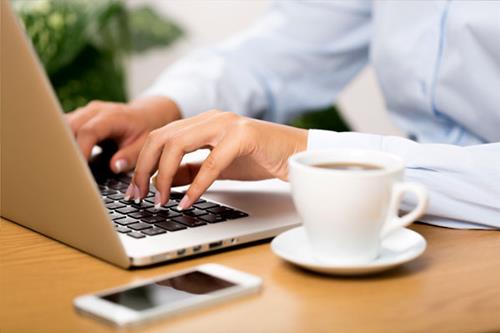 A smart industrial hub extending beyond the Greater Toronto Area (GTA) into much of Southern Ontario isn’t just changing the way business is being done, but also the buildings in which that business is being conducted.

The observation is contained in a recent Savills white paper authored by Toronto-based senior vice-president Allen Grinberg and corporate real estate consultant Graham Booth, which explores the hub and its impact. They represent industrial tenants as part of their work for the commercial real estate advisory firm, which was formed in London, England in 1855 and now has offices around the world.

Logistics facilities, warehouses, manufacturing plants and data centres using the Internet of Things, robots, sensors, drones and wearable technology are becoming more and more common as the speedy delivery of goods and knowledge has become a bigger priority in society.

“It’s been in the works for many years, but with technology getting better and better it’s been coming online faster and faster,” Grinberg told RENX. “It utilizes space and labour very efficiently. It improves the well-being in the workplace for the humans that are there. It increases the productivity and energy savings and enhances logistics efficiencies.

“Most importantly, I think it’s starting to change public perception as we get more and more goods delivered on time and when we want them.”

The GTA had an industrial vacancy rate of just 1.5 per cent in Q2 2021, while the average net asking rent rose to $10.45 per square foot — 50 per cent higher than three years earlier. That vacancy is continuing to tighten, and rates continue to increase.

“For a long time Toronto was a cheap industrial market,” said Grinberg. “Twenty years ago in Toronto rents were a buck or two a foot. Ten years ago it was around six or seven dollars.

“Now, new product coming out in Vaughan is $14 net with bumps of four per cent per annum.”

In the landlord-friendly market, many are becoming more choosy about their tenants. Savills recently represented a clean manufacturing tenant turned down from a space because the landlord wanted to lease only to a logistics company that just needed to install racks — rather than the additional infrastructure required by manufacturers — in case the tenant went into default.

Booth said owners are now also often unwilling to lease a building to multiple tenants. They will wait until a larger tenant comes along and takes all of the space because they don’t want to deal with the additional work or expense of subdividing a structure.

With Ontario’s Greenbelt restricting the availability of land for development near Toronto, and increasing demand from e-commerce and logistical facilities in the GTA expected in the short- to medium-term, the white paper says occupiers need to rethink traditional aspects of industrial facilities in order to remain sufficiently close to integrate into the “smart” city.

The report includes a checklist of what industrial space occupiers should consider when assessing their needs and integrating into the Southern Ontario smart hub. They include:

– the current and future needs, including space and technology needs, of the business;

– where they should be located;

– the best type of building to achieve the company’s goals;

– whether to lease or own;

– accessibility to a skilled workforce;

– and available support and incentives programs.

With some shopping malls struggling and looking to branch into mixed-use to make better use of their space, one might think some industrial users would look at them for conversions.

However, Grinberg hasn’t seen much of that and Booth could think of just one example – a fulfillment company client that took over a former Target store as a short-term fix of under two years.

Southern Ontario manufacturers rely on organizations such as the Automotive Parts Members Association, NGen, the Autonomous Vehicle Innovation Network and the Refined Manufacturing Acceleration Process network to support their investments in technology and promote innovation within the region.

They also offer opportunities for collaboration that can lead to solutions to upgrade facilities and supply chains.

Booth said the goal of such organizations, as well as regional innovation centres, is to “accelerate innovation, create jobs and promote Ontario’s economy.”

Smart warehouses can store higher inventory volume and product variety, so ceiling heights are rising accordingly. A 20-year-old warehouse would typically have a ceiling height up to 24 feet.

Now, with Industrial Internet of Things advancements, technology allows robots to reach higher racks and a minimum of 28 feet is now expected. Clear heights of 36 feet or more are becoming common as the cost per cubic foot drops significantly thanks to the higher ceilings.

Promoting efficient use of a facility’s cubic footage, for which rent isn’t directly applied, allows occupiers to minimize square footage for which rent is applied. Those savings can be applied in other areas.

Grinberg said some older buildings are being retrofitted, citing a company that specializes in roof-lifting and will increase a 14-foot clear height to 28 feet. However, if a building is aging and has other inefficiencies, it may make more sense to demolish it and build new.

However, Grinberg pointed out older facilities with money invested in their infrastructure and an ample power supply generally don’t need large clear heights to house data centres, so some of those are being retrofitted.