Land transfer tax to be extended across Ontario 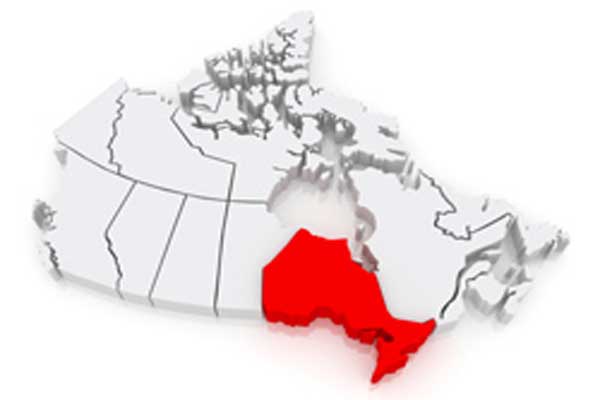 Ontario realtors say the government is moving ahead with a plan that will allow municipalities across the province to follow Toronto’s lead and implement their own land transfer tax.

The Ontario Ministry of Municipal Affairs and Housing is giving every municipality province-wide the power to charge a Municipal Land Transfer Tax (MLTT), the Ontario Real Estate Association says.

“Ontario home buyers are already charged a provincial land transfer tax, so by adding a municipal tax, they’re essentially doubling the tax burden on Ontario families,” said Patricia Verge, president of OREA, in a release. “If the Ontario Liberals follow through with this plan, homebuyers will be forced to pay $10,000 in total land transfer taxes on the average priced home in Ontario, starting as early as next year.”

The minister of municipal affairs and housing denied any decision has been made to extend the taxing power.

“In 2014 at the AMO conference, I was asked whether I would consider looking at municipal revenue tools as part of the Municipal Act review. I gave the shortest answer possible, ‘yes.’ We are currently reviewing the Municipal Act. No decisions have been made,” said Ted McMeekin. “As part of the review of the Municipal Act, we have been meeting with the municipal sector to discuss how municipalities can better utilize their existing financial tools and determine what, if any, barriers exist in the Act. During consultations, we have been hearing a variety of opinions from the sector with respect to revenue tools. It is not too late to submit your comments and ideas – we are accepting comments until October 31, 2015.

OREA says the decision has already been made and calls it a broken election commitment because the province is currently still conducting public consultation.

The double land transfer tax has been in place in the city of Toronto since 2008 and has provided the municipality with hundreds of millions of dollars in revenue. On a $1 million home in the city, the buyer must pay a tax of $16,475 to the province and a $15,725 tax to Toronto.

“The Ontario Liberals wrote to us in May 2014, during the election, stating that ”they had no plans to extend these powers to municipalities, On behalf of home buyers, we want them to remain good on this election promise and that means Ontarians need to send a strong message that the government must rethink its plan to double the land transfer tax burden on home buyers,” said Verge.

The City of Toronto put an MLTT in place two years after the Ontario government extended it the powers to do so. OREA estimates that over five years 38,227 housing transactions did not occur in Toronto because of the tax.

“With every home transaction generating $55,000 in consumer spending on things like renovations, furniture, appliances, and fees to professionals, the MLTT has cost the City of Toronto $2.3 billion in lost economic activity and 15,000 jobs. This type of effect would be multiplied across Ontario if the government moves ahead with its plans,” the organization says.