Housing investors are heading for the exits as rates rise 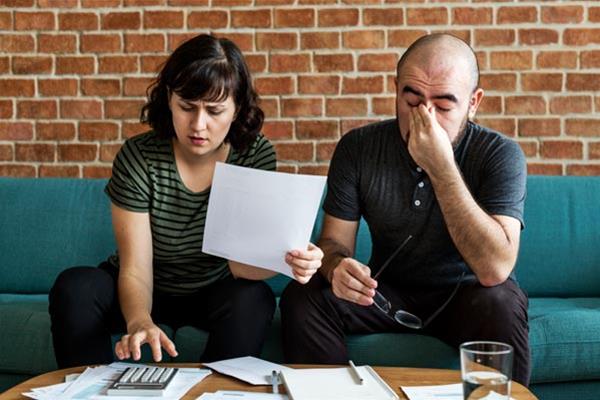 At the tail end of a historic bull run in Canada’s housing market last year, investors came to comprise a fifth of the country’s homebuyers. Now, they are some of the first scrambling to unload properties in what some are already saying could be the most severe housing market downturn in the country's recent history.

In early July, Toronto-based mortgage broker Ron Butler’s client called him with exactly that dilemma: The financials on the suburban condo he purchased as an investment property just four months earlier no longer made sense. Rents could no longer cover interest payments on the mortgage after a six-fold jump in the central bank rate.

Butler advised his client to sell, instead of losing money on the property each month. The Bank of Canada raised its benchmark rate another percentage point to 2.5 per cent just a week later, so Butler is bracing himself for even more calls like that.

As long as rates stay high, he predicts investors will turn into a steady stream of forced sellers and further weigh down home prices. “The economics of this thing for the next two years just don’t make sense,” Butler said. 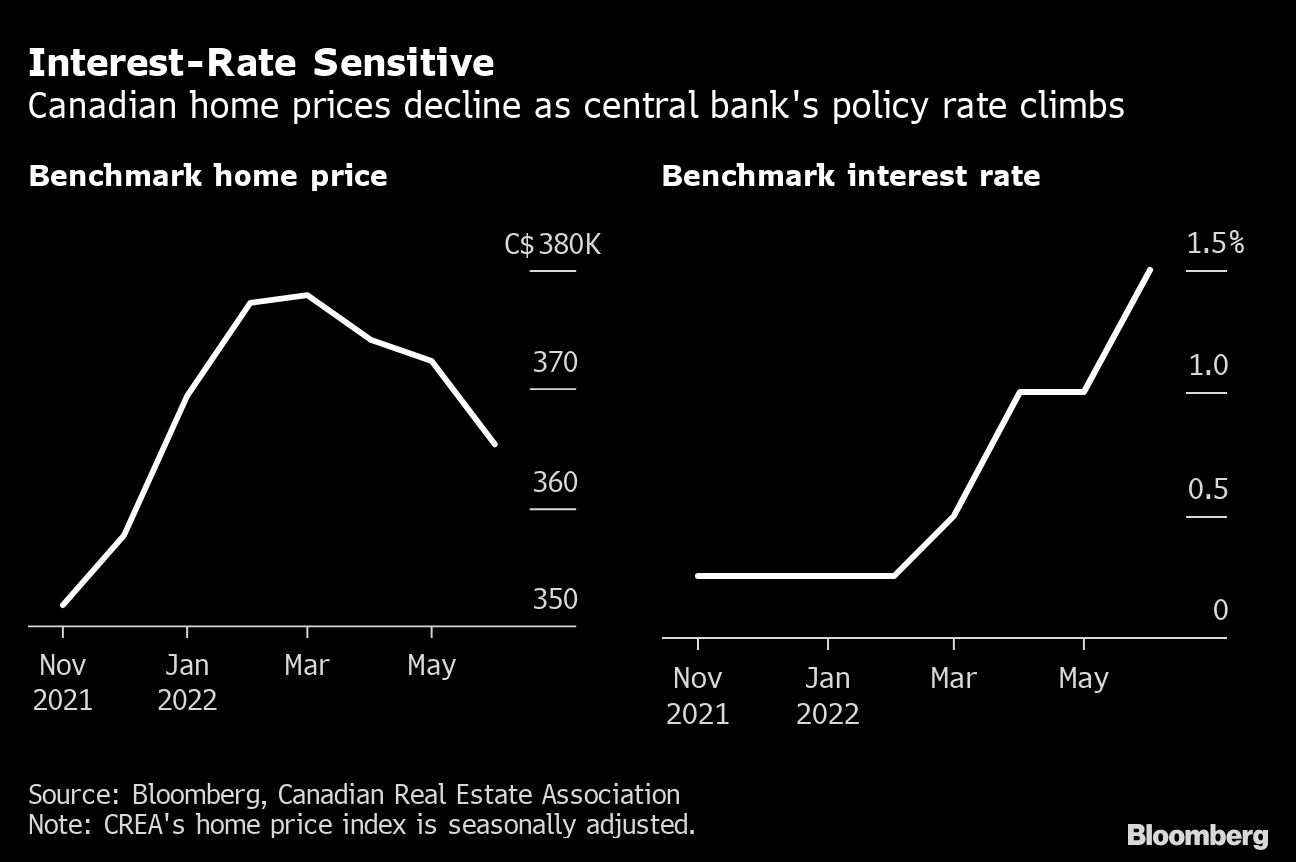 Over the last year, the central bank issued repeated warnings about the risk investors posed to the market as they became a greater share of the country’s homebuyers. Not only are investors thought more likely to sell in a downturn because they don’t live in the homes they own, the volume and type of debt they were taking on — specifically loans with a floating rate — could make them more likely to experience a financial squeeze if rates rose and prices fell. Now it looks like that’s exactly what’s happening.

“Investors in residential real estate are typically what you would call ‘weak hands,’” said David Rosenberg, an economist, borrowing a term from poker. “The momentum could build on itself, where the lower prices beget even lower prices because of the forced selling by these leveraged weak hands.”

Even though rental prices have gone up, the annual increases aren’t keeping pace with the central bank’s rate hikes.

Though the declines in Canada’s benchmark home price have so far been moderate, amounting to just 3.3 per cent in the three months to June, they’ve accelerated in that time, and various private sector economists predict average home prices could fall between 10 per cent and 20 per cent from the February peak. Rosenberg, however, says forced selling by investors could push prices down as much as 40 per cent. Robert Hogue, an economist at Royal Bank of Canada, says the country is on its way to a “historic” downturn that will be bigger than any in the last 40 years.

By the end of last year, Canadian home prices were nearing their peak. More than half of homebuyers of all kinds, investors included, turned to the record-low borrowing costs available through variable-rate loans — the catch being the rates on those mortgages move in lockstep with the central bank’s benchmark borrowing cost.

At the same time, nearly a fifth of investors were also borrowing against old properties to finance the purchase of new ones, other bank research shows. That type of debt, known as a home equity line of credit, often carries a floating rate too.

This makes investors more highly indebted overall, and central bank research shows they are far more likely to have a total debt load 10 times their income. There may also be many more like Butler’s client, who borrowed the down payment as well as the mortgage for a new property, and so owe 100 per cent of the purchase price. All of that debt has become considerably more expensive in just the last few months.

For some investors, the situation is even more dire because they were losing money on their properties before the rise in rates. In Toronto and Vancouver investing circles, such negative cash flow was often justified because it was in part going to pay down the principal on the mortgage each month, increasing the investor’s equity in an appreciating asset.

Steve Saretsky, a real estate broker in Vancouver, said he’s now getting calls from investors who have seen their monthly losses go from $200 to $400 (US$155 to US$310) because of increased payments on their variable-rate debt. He says they won’t be able to bear that kind of negative cash flow much longer, particularly with prices falling.

“I definitely think there’s going to be a decent element of distress,” he said. “Those people are unfortunately going to have to hit the sell button at whatever the price is at the time.”

For all the growth in investor activity in recent years, homes occupied by owners still remain the largest part of the market, and those people have more reasons to stay put. Still, these regular buyers were not immune to the market-wide turn to variable-rate mortgages in the last two years, and many will already be seeing their monthly payments going up.

Even those who chose the protection of a fixed-payment plan, which National Bank of Canada research suggests amount to about 40 per cent of variable-rate mortgage holders, may not be spared for long.

“We’re getting very close to the point where even those fixed payments are going to have to start getting ratcheted up,” said Robert Kavcic, an economist with the Bank of Montreal. “It could very well just deepen the near-term downturn.”