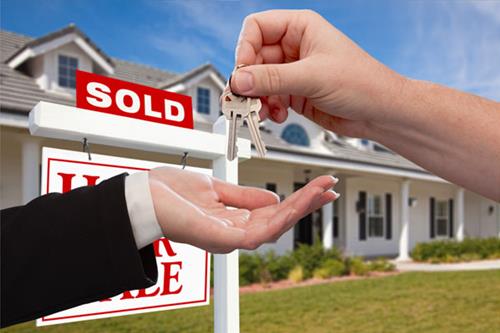 “In some small ways, the madness continues.”

That’s the view from Durham Region, where real estate agent Shawn Lackie sees sellers who are deluded about the current real estate mood in the Greater Toronto Area and surrounding towns. They’re pushing for lofty sale prices that are no longer realistic.

In other words, a property is worth what a buyer is willing to pay. And right now, buyers are not feeling the “fear of missing out” that drove extreme bidding in the spring of 2017.

New listings have flat-lined, too, as sellers wait out the summer doldrums, says Mr. Lackie, who works mainly east of Toronto, in the stretch between Pickering and Newcastle and up to Port Perry.

In the spring, prices soared in areas such as Oshawa and Bowmanville, which are very popular with young families who find prices in the Toronto core out of reach.

He points out that a city such as Oshawa is still a vibrant and well-priced alternative to the top dollars being handed over in Toronto.

But buyers are wary right now, Mr. Lackie says. Some are waiting for prices to drop. Sellers, meanwhile, are expecting that the market in September will pick up where it left off in April, he adds.

He doesn’t expect that to happen unless listings completely dry up and hordes of new buyers show up.

Douglas Porter, chief economist at Bank of Montreal, points out that the GTA is on the verge of dropping into full-on buyer’s terrain.

Mr. Porter says the sales-to-new-listings ratio is hovering around 40 per cent on a seasonally adjusted basis, which is about as low as the ratio can go before the landscape is deemed to be a buyer’s market.

His research shows that home sales in the two regions – Metro Vancouver and Ontario’s Golden Horseshoe – affected by a tax on speculative purchases by non-resident buyers have dropped nearly 28 per cent compared with the same time last year. Sales across the rest of the country are essentially flat, he adds.

Mr. Porter says the Ontario government’s suite of measures aimed at cooling the market have had an impact since they were introduced in April, even though people within the real estate industry disagree about how much sway foreign buyers hold.

“Regardless of the precise level of non-resident buying, the new taxes have clearly completely changed the market’s bubble psychology, just as they were so intended,” he said.

On a recent Sunday afternoon in Whitby, Mr. Lackie ushered prospective buyers through an open house. Only a handful of people showed up, he says. One visitor asked if he was planning to hold an offer date.

In most cases, he’s setting an asking price around the estimated market value with no deadline for reviewing offers. Other agents in the area are still trying to generate bidding wars with asking prices as low as $1, but he thinks such tactics aren’t luring buyers at the moment.

Arriving at the approximate market value involves serious research based on sales in the past six months, he says, adding that agents will have to work harder at staging and marketing homes.

Mr. Lackie says some pockets of the GTA will continue to see houses sell quickly, far above the asking price, with multiple offers. In other areas, properties will languish.

At the same time, lawyers are still sorting through the wreckage the madness in the spring caused, he says. Many buyers need an extension to the closing date, while some deals are not closing at all. Some sellers are being pressed to agree to a discount to the sale price that was originally agreed upon.

“Abatement seems to be the word of the day.”

In Oakville, buyers also became hesitant just as listings swamped the market in the late spring. But the catalyst for so much of the uncertainty – the provincial tax on speculative purchases by foreign buyers – has not had much impact there, Alex Irish of Sotheby’s International Realty Canada says.

The town west of Toronto has lots of middle-income neighbourhoods, along with a stretch of high-priced real estate dubbed the Gold Coast along the shore of Lake Ontario. Many foreign buyers have been attracted to the area’s private schools and carriage-trade listings, Ms. Irish says. But international house hunters in the luxury segment are not put off by a 15-per-cent levy, she says.

The very wealthy aren’t concerned about price as much as prestige, she says. Also, while Oakville has attracted lots of international interest from mainland China, Hong Kong and other overseas locations, many buyers made the move to Canada some time ago and are, therefore, exempt from paying the tax. Often, the buyers in Oakville are actually migrating from Unionville and Markham, she says, as they become more established in Canada.

For those foreign buyers without such deep pockets, Ms. Irish points out that most would rather contend with a 15-per-cent tax than a market where prices are soaring 30 per cent on an annual basis. Also, prices have softened since the spring.

In some cases, overseas buyers ask for a 15-per-cent reduction in price to offset the tax.

As in other parts of the Golden Horseshoe, Ms. Irish says, some deals signed in the spring are currently in jeopardy because buyers fear they paid too much or they’re having trouble raising the financing. Often sellers have no choice but to agree to a price cut if the deal seems at risk of falling apart.

But despite some of those headaches for agents, a sense of calm has pervaded the market.

Ms. Irish says she would much rather work without the emotional bidding wars that characterized the spring. At that time, the least appealing properties were often on the market because sellers knew there would be a frenzy even if they made no effort to fix the leaky plumbing or apply a fresh coat of paint.

At the height of the melee, buyers had to quickly assess a property with a herd of rivals on their heels. Many bidders would make an offer without a home inspection and with no conditions. The buyers in those circumstances are often the ones now looking for an angle to avoid closing, she says.

In the current calm, house hunters can visit a property two or three times and have a home inspection done, she points out. They can think about the offer and negotiate a price. Those are the agreements that are likely to close, she says.

“A seasoned realtor likes this market,” she says. “It’s healthy.”

Source: The Globe And Mail