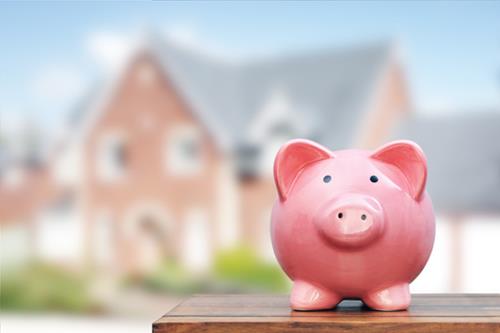 Given that more than one in four millennials still live with their parents or spouse’s parents, it shouldn’t come as a great shock to learn that almost half haven’t saved a penny for retirement.

But members of Generation X (aged 37 to 52) are also struggling to save for retirement and the tighter timeline is causing them stress, according to Franklin Templeton Investments Canada’s 2018 Retirement Income Strategies and Expectations (RISE) survey released Thursday.

As a result, more than half of Gen Xers across North America are resigned to retiring later than they would want (56 per cent in Canada, 59 per cent in the U.S.).

The fifth annual online survey included Canadians and Americans across four generations, but “this year we felt in particular that Gen X and the stress of preparing for retirement was the predominant thing coming out of the research,” said Matthew Williams, a Franklin Templeton senior vice-president.

Williams is more worried about Gen X than millennials (aged 18 to 36) because retirement is closer on the horizon and their parents may not leave much behind. Although their parents may already be in their early 70s, expected longer lifespans means many may live — and spend - another 20 years or more.

“Gen X needs to recalibrate,” he said. “There may not be as much inheritance money than they might otherwise be expecting.”

One in four Canadian GenXers has saved nothing for retirement, which is at least better than the 48 per cent figure for millennials. Franklin Templeton finds more than half would consider retiring later than planned if they find themselves short of income in old age. Millennials have a longer time horizon, but more than half of them are also open to delaying their retirement if necessary.

The fund company worries that this notion of delaying retirement will be used as a panacea for failing to have adequately saved for it in the first place. Almost one in four current retirees did so earlier than expected because of circumstances under which they had no control, such as ill health or corporate downsizings.

Many Gen Xers are being “stretched beyond their financial limits,” Franklin Templeton Canada chief executive Duane Green said in a press release.

I agree with his assessment that people should set up automatic savings programs, but 47 per cent of Canadian Gen Xers complain their income is too low to save anything, and 29 per cent say their expenses are too high (46 per cent have a mortgage, 28 per cent rent).

Gen X may also not be as lucky as the baby boomers (aged 53 to 71) who enjoyed corporate pensions and bought relatively affordable houses that they can now sell at much higher prices. Even so, the survey found 20 per cent of unretired baby boomers haven’t saved anything for retirement either.

Williams said he was most struck by the finding that two in five (41 per cent) pre-retiree women are still worried about running out of money, compared to just 15 per cent of already-retired women.

The survey didn’t drill down on what ages the generations hope to retire by. “The short answer for the millennials is that retirement won’t necessarily be an event,” Williams said, “They will go through gradations of retirement.”

Retirement was more of an event for boomers (typically at the traditional retirement age of 65, especially for blue-collar workers), while he said the typical Gen Xer retirement will be “somewhere between” an event and a gradual exit.

The online survey of 2,009 Canadians and 2,002 Americans was conducted in January by ORC International’s Online CARAVAN, not affiliated with Franklin Templeton.