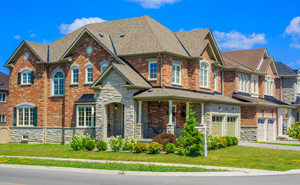 The average price of a single-family detached home in the Greater Toronto Area has hit $1.32 million, according to a report from Altus Group, surpassing the previous peak in July 2017.

Lower mortgage rates also impelled condo owners living in downtown Toronto to move further away to become residents of municipalities like Stoney Creek or Muskoka. Nearly a year after the COVID-19 pandemic sparked lockdowns that effectively made people rethink the merits of living in condo apartments, the benchmark price of a single-family home, especially in Toronto's immediate suburbs, has upsurged to six figures.

"After the first wave of COVID-19, mortgage rates dropped and we saw a lot of demand for townhouses and detached homes, and that put pressure on the benchmark price because of low supply," Matthew Boukall, VP of data management and data operations at Altus Group, told CREW. "We saw that in 2017 and 2018 when inventory dropped and it put pressure on the available product.

"Detached sales in Toronto proper were flat, and that's just due to supply, so we didn't see a big shift, but anything in the suburban areas, every project with available supply, saw an increase year-over-year in sales activity. Given how tight the supply was and how strong demand was, we saw robust sales everywhere, but the areas with available supply, which were outside Toronto proper, had the biggest increase in sales volume."

Boukall says townhouses, which are priced between condos and larger low-rise properties, also saw voracious demand because housing inventory in the latter segment is typically cost-prohibitive and requires larger down payments.

"To a large degree, low mortgage rates made housing, in general, more affordable, but for low-rise consumers who may have been living in the urban area, they got to take advantage of that and move up and buy a townhouse or buy a detached house further afield," he said.

"The other key driver over the last couple of years is that most developers have made more effort to bring affordable townhouses to the market instead of just high-end homes, and it brought a broader range of product offerings. Projects are also relatively close to GO Train stations, bringing in townhouse inventory at price points that are comparable to what you'd pay for a two-bedroom condo in the downtown.”

In addition to lower rates, Boukall says the condo market, where there were supply challenges, was a precursor to the price of single-family properties surging, as was the fact that millennial home buyers are at an age where living in a more spacious home is important, and that's easier said than done in a city like Toronto.

Rakhee Dhingra, CEO of Mortgage Savvy in Toronto, agrees—she says young professionals spending more time at home in their small condos in the city were ready for change. In the market for a bigger home, some were even prepared to return to where they grew up. Moreover, with the economy largely shutting down, there were fewer non-essential outlays, which, coupled with low mortgage rates, made achieving those down payments easier.

"What I'm seeing with my clients, the focus is on their family, and young couples are looking for more space and to live in a home that's functional," said she. "They want a home gym, they want a home where they can both live and work. They also want to be closer to family, like their parents and their siblings. That kind of network is becoming more important."