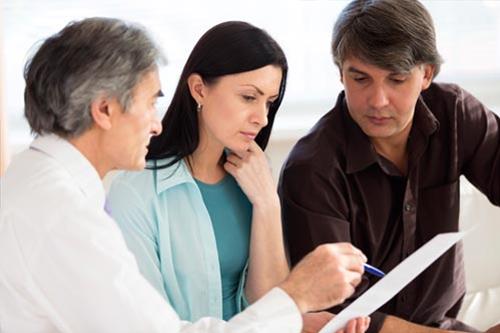 The cost of living continued to increase in April, raising the odds that the Bank of Canada will respond forcefully with at least a 50-basis-point rate hike at its June meeting.

Canada’s headline inflation rate rose to a 31-year high of 6.8%, driven largely by soaring food (+8.5%) and shelter (+7.4%) costs, Statistics Canada reported on Wednesday. Gasoline costs, considered a more volatile measure, registered a 36.3% jump in April, which was down from 39.8% in March.

Focusing on housing-related costs, homeowners’ replacement cost, related to the cost of new homes, was up 13% from a year ago, while “other owned accommodation expenses” were up 17.2%. The mortgage interest cost index was up just 0.2%, but marked its first month-over-month increase since April 2020.

“While we have all become somewhat numb to outsized CPI readings, note that the 0.7% rise in seasonally adjusted terms would have ranked in the top 10 monthly rises in the past 30 years (aside from the wildness of the past year)—and, again, this is in a month that gas prices dipped!” BMO economist Douglas Porter wrote in a research note. “What caused the latest upswing in prices? The prior boom in home prices is now aggressively working its way into CPI, with new home prices and “other owned accommodation expenses” (mostly real estate fees) the two single-biggest drivers last month.”

Looking at the Bank of Canada’s preferred measure of core inflation, which strips out the most volatile basket items, it rose to a 32-year high of 4.23%, up from an upwardly revised reading of 3.93% in March.

“With gasoline and agricultural prices still on the rise, headline inflation could well accelerate again in May before finally slowing in the second half of the year and into 2023,” CIBC economist Andrew Grantham wrote in a research note.

Additionally, Statistics Canada confirmed that used vehicles will be added to the Consumer Price Index starting with the release of May data next month. Had it been added in April, StatCan says it would have added just 0.2 percentage points to the headline CPI figure.

“…and it could well follow that up with another outsized move to get the overnight rate to the bottom end of its neutral range (2-3%) quickly,” he wrote. “However, after that, signs of a slowing in the domestic economy and home-grown inflationary pressures should slow down the pace of rate hikes, and we still suspect that the Bank won’t have to take rates above 2.5% in order to slow growth enough to bring inflation down to its 2% target in 2023.”

“In an environment where the labour market is extremely tight with the unemployment rate at a record low, workers are well-positioned to ask for compensation, and this should translate into relatively high inflation in services,” noted economists from the National Bank of Canada. “For these reasons, the Central Bank must continue its fast-paced process of normalizing interest rates, which are still far too accommodating for the economic situation.”

Some, like Scotiabank’s Derek Holt, believe the Bank of Canada will pull out all stops in order to contain inflation.

“With both growth and inflation tracking above forecasts when the ink is barely dry, it may drive a further sense of concern at the Bank of Canada toward expediting rate hikes,” Holt wrote. “Governor Macklem has said 50bps will be considered at the June 1st meeting, which is our forecast. He has also said he wishes to return to neutral fairly quickly. We have three 50bps hikes in June, July and September followed by quarter-point hikes in the final two meetings of the year.”

This scenario would take the overnight rate, currently at 1%, to 3% by the end of the year, which would be at the top end of the Bank of Canada’s 2-3% neutral range.

And traders agree. Overnight Index Swap (OIS) markets are currently nearly fully priced in for a half-point rate hike in both June and July, and also see the Bank’s key lending rate reaching 3% by the end of the year.

“If I were them, I would not be as confident in ruling out the need for a bigger move [above 50bps] in June,” Holt added.